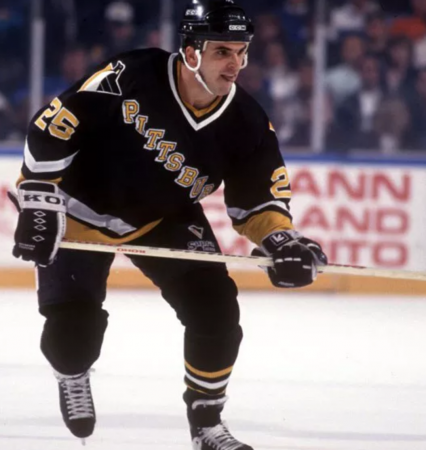 HYANNIS — National Hockey League great Kevin Stevens has skated to victory many times, twice winning the Stanley Cup with the Pittsburgh Penguins before his season with the Boston Bruins.

The 53-year-old Kingston resident will join other former NHL players Sunday afternoon at the Hyannis Youth & Community Center to skate for a cause — ending the epidemic of opioid addiction.

A recovering addict, Stevens founded an organization, Power Forward, that seeks to raise awareness and end the stigma of addiction.

Proceeds from “The Great Skate” will be divided between Power Forward and WellStrong, a Falmouth gym and fitness community for people in recovery.

The event will include a chance to meet and skate with Stevens, NHL Hall of Famer Brian Leetch and former Bruins players, said Amy Doherty, who founded WellStrong in memory of a brother who died in recovery.

Addiction to opioids destroyed his marriage, hurt his career and easily could have landed him in prison, Stevens said Thursday.

His first brush with drugs came in 1993, when he was 28 and decided to try cocaine while partying, he said.